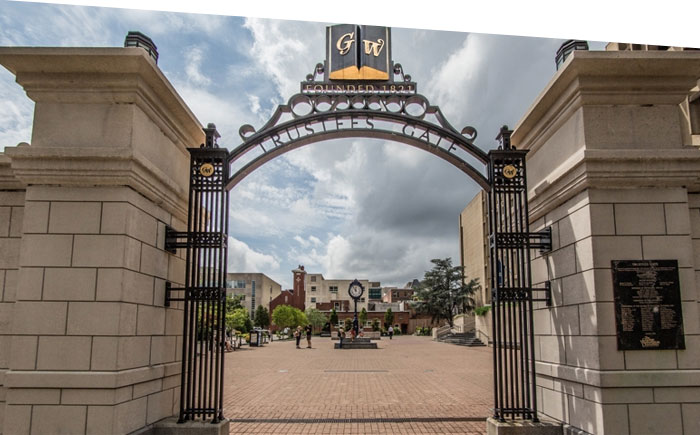 Founded in 1821 by an act of Congress, the George Washington University is the largest institution of higher education in D.C. with more than 26000 students and 14 schools and colleges. Students come from all 50 states, Washington, D.C. and 130 countries. GW values a dynamic, student-focused community stimulated by cultural and intellectual diversity and built upon a foundation of integrity, creativity, and openness to the exploration of new ideas.

The George Washington University, centered in the national and international crossroads of Washington, D.C., commits itself to excellence in the creation, dissemination, and application of knowledge.
The University acts as a catalyst for creativity in the arts, the sciences, and the professions by encouraging interaction among its students, faculty, staff, alumni, and the communities it serves.

Professor Igor Efimov is chairman of GW's Department of Biomedical Engineering and director of the Cardiovascular Engineering Laboratory (Efimov Lab). The Efimov Lab investigates the arrhythmogenic and metabolic mechanisms of physiological remodelling during heart failure using human donor hearts, which are rejected for transplantation and human end-stage failing hearts procured at the time of transplantation. The major focus of these investigations is to identify biological mechanisms of cardiac remodelling specific to humans. The Efimov Lab has established a productive human heart research program, which has procured and studied ex vivo nearly 500 live human hearts since 2008. These studies for the first time provided human-specific data on gene/protein expression and their functional manifestations in excitation, repolarization, calcium handling and metabolism. Within the RHYTHM Network, George Washington U investigators will focus on characterization of human repolarization heterogeneity and mechanisms of arrhythmias ex vivo.